Croatia: a gem in the Mediterranean 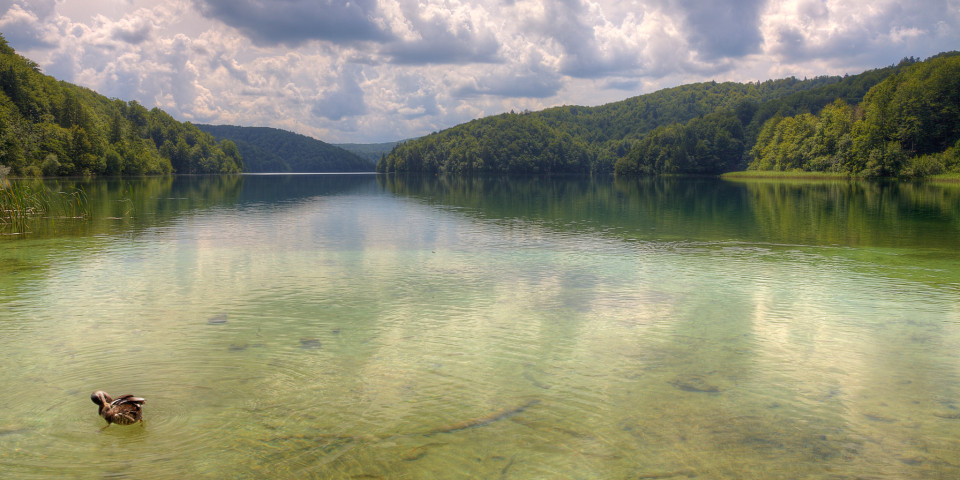 Croatia is a magnificent country. Its shores are perhaps not as well known as those of Spain, France, Italy or Greece, but in the last few years it is increasingly popular and a growing number of tourists are choosing this enchanted location as the ideal vacation getaway. The beautiful islands off the coast, the clear cooling water, the historic cities and the great nightlife make Croatia a stunning place to visit. Recently I was lucky enough to spend some time exploring this amazing place. It’s a country I can see myself coming back to frequently.

Declared a UNESCO World Heritage site. Every year tourists enjoy walking the paths of this park to see the stunning waterfalls, the mixture of Alpine and Mediterranean vegetation and the breathtaking turquoise, green or blue waters. The beauty of the Plitvice Lakes National Park lies in its lakes, inter-connected by a series of waterfalls, and set in deep woodland populated by deer, bears, wolves, boars and rare bird species. 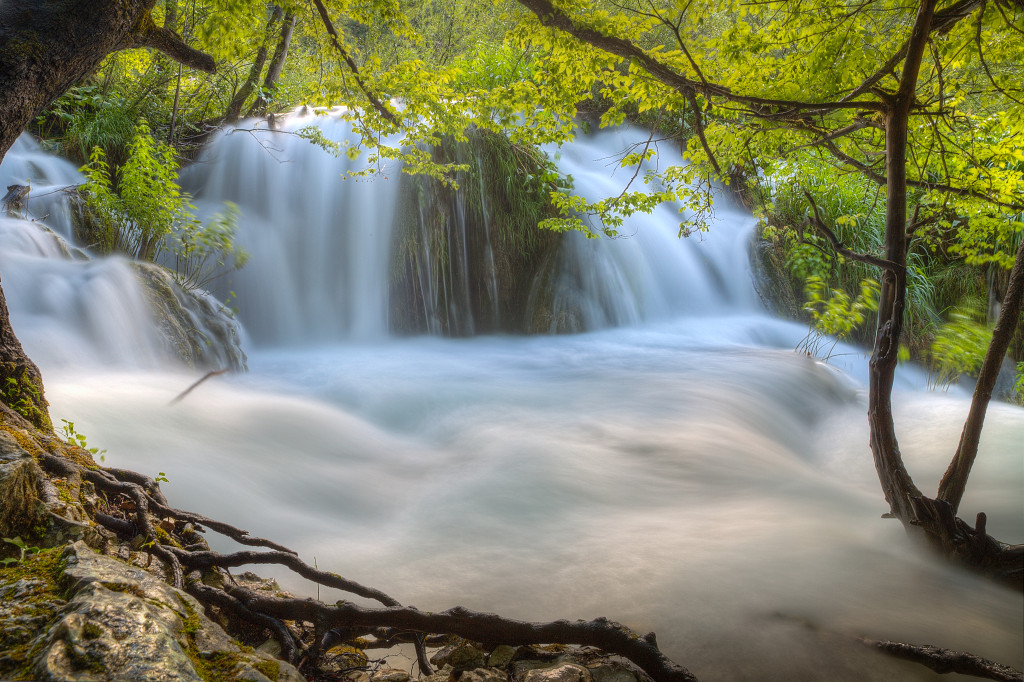 The national park is world famous for its lakes arranged in cascades. Currently, 16 lakes can be seen from the surface. These lakes are a result of the confluence of several small rivers and subterranean karst rivers. Connecting the paths and lakes are miles and miles of walkways, allowing intimate access to this natural wonderland. 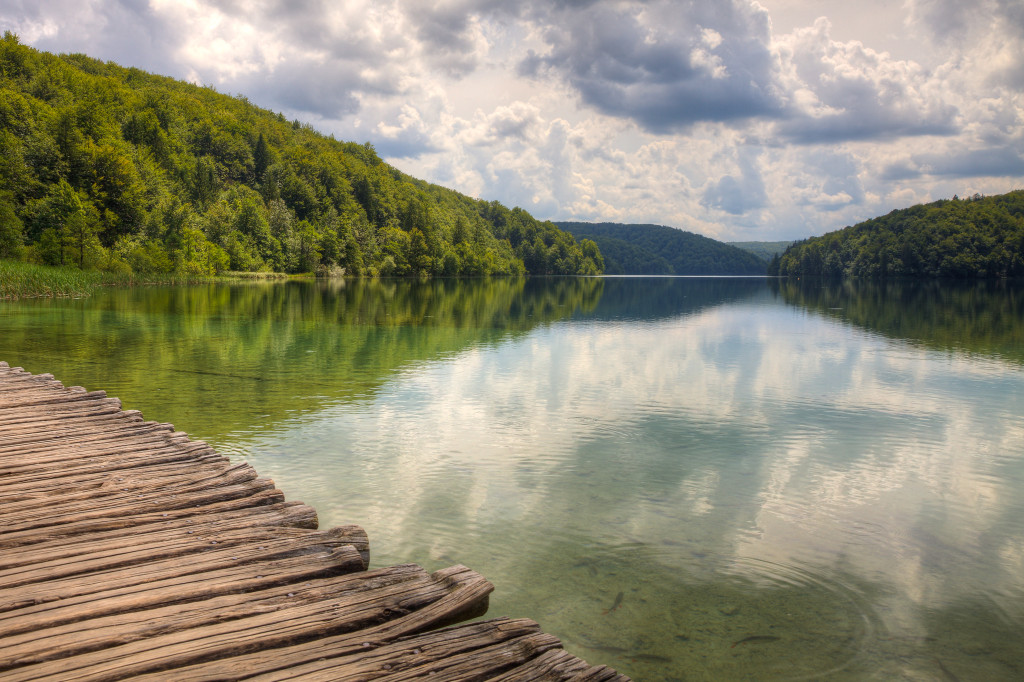 The particular geographic position of the Plitvice Lakes and the specific climate features contributed to the emergence of many natural phenomena and a rich biodiversity within this area. Despite the vicinity to the Mediterranean climatic region, a moderate mountainous climate prevails at the Park. 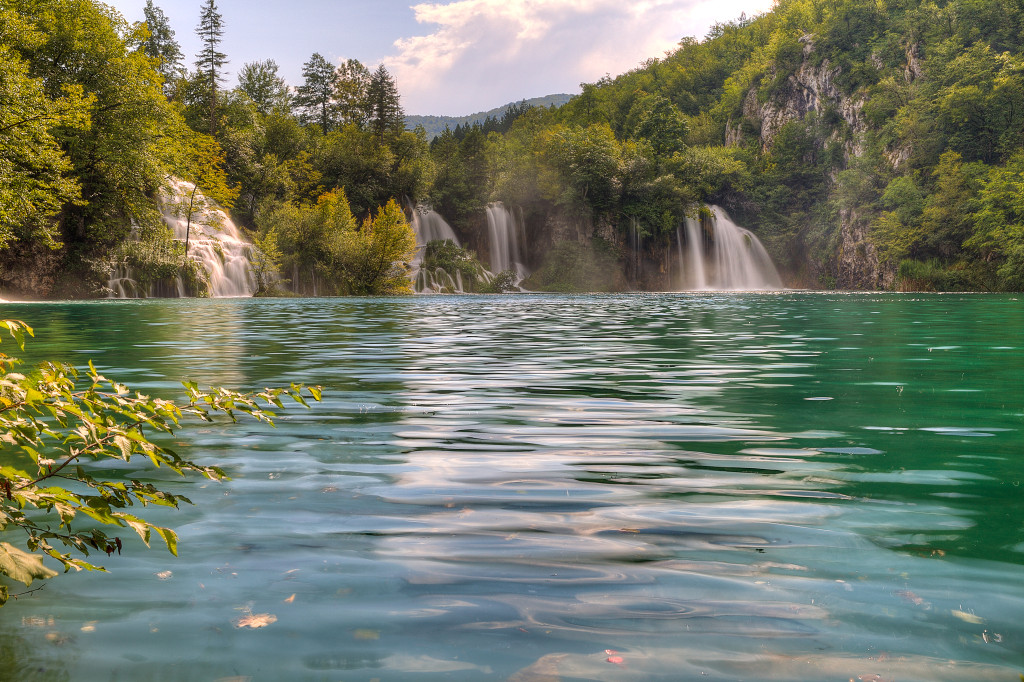 The lakes are renowned for their distinctive colors, ranging from azure to green, grey or blue. The colors change constantly depending on the quantity of minerals or organisms in the water and the angle of sunlight. 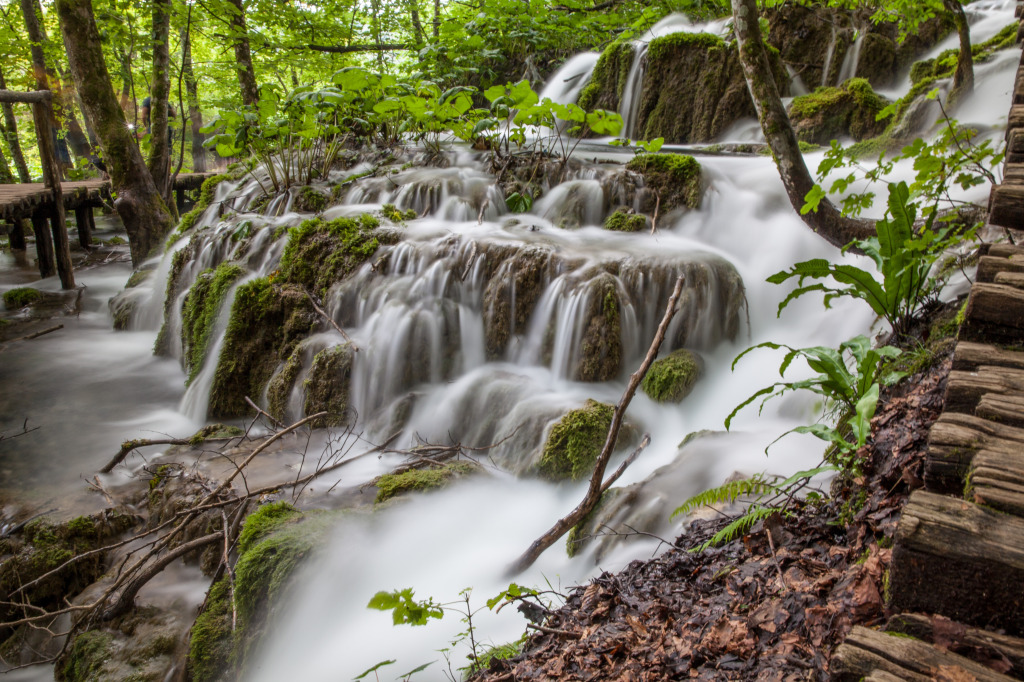 There’s really nothing better than to walk (or hike) through the Park, taking in the beautiful surroundings and admiring the lakes, waterfalls and nature. The Park prints out maps for a number of different walks, of varying lengths, that can be undertaken starting from two different entrances. The protected area covers almost 300 square kilometers, but some of the most beautiful hiking trails only take a few hours to navigate. I spent most of the day exploring the park and while I felt like I saw a lot, I also had the feeling that there was much more left to be discovered. So if you have the time to spare and you like the outdoors, make sure you give yourself the opportunity to explore the park fully. 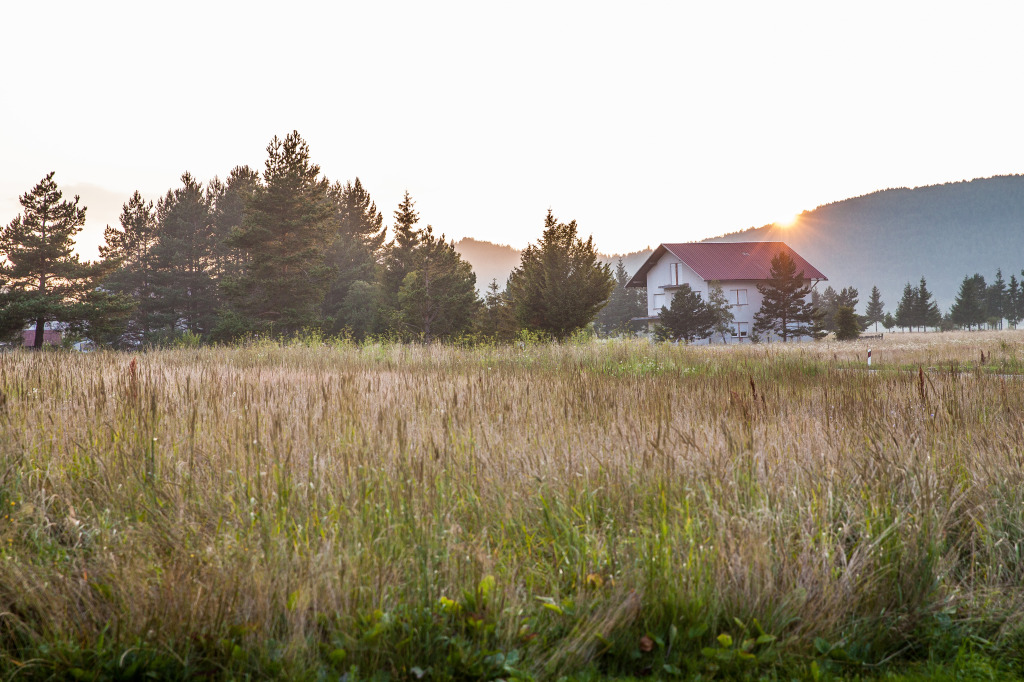 It is possible to stay within the Park at one of its three hotels (which are all clustered quite closely together by Entrance 2) or at its campsite. There is also a very wide selection of private accommodation (rooms, apartments in guesthouses and similar) in a number of the towns and villages on the way to the Park. 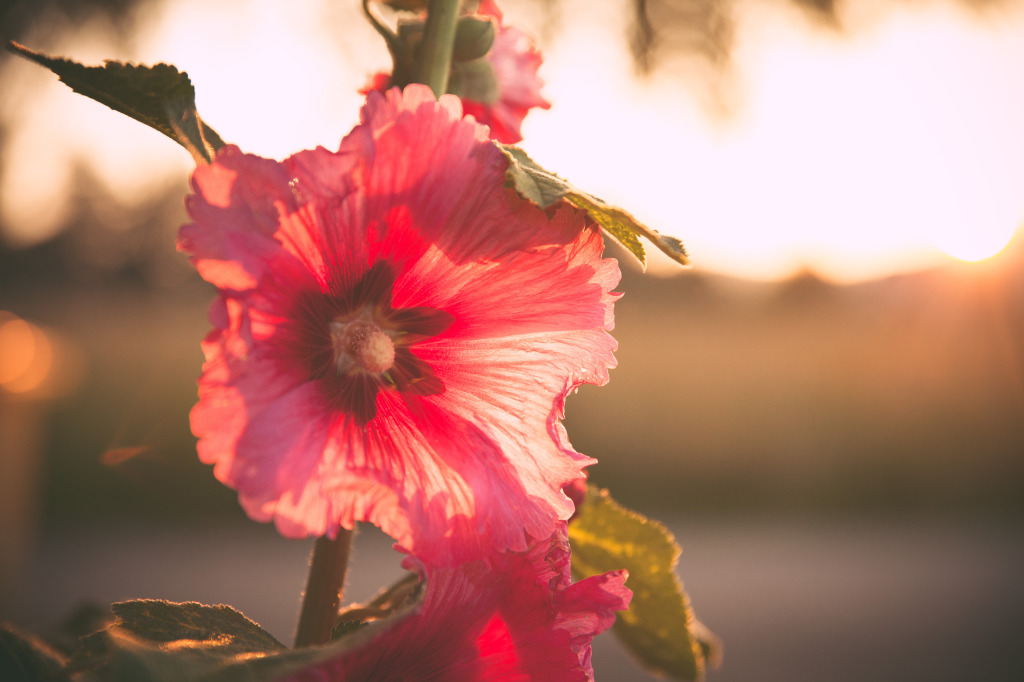 Plitvice Lakes isn’t just for summer. It’s a stunning place to visit any time of year as the different seasons see the Park take on different hues. Even in winter , is also amazing to see it covered by snow.

Dubrovnik: Pearl of the Adriatic

Dubrovnik is one of the world’s most magnificent walled cities.  Situated on the Dalmatian coast, it was severely damaged during World War II, and later during the civil war that ravaged the Balkans. But Croatians have done a great job of rebuilding the city, keeping its historic spirit. The city itself is featured by perfectly preserved white stone defensive walls with mighty forts and towers, characteristic Baroque houses with red roof tops, and many Gothic-Renaissance palaces.

As a big fan of the HBO’s hit fantasy drama, Game of Thrones, I was excited to explore this beautiful place. King’s Landing, the kingdom’s capital city and home of the Iron Throne, has been filmed in the Croatian city of Dubrovnik, a fitting choice with its seaside locale and imposing walls. 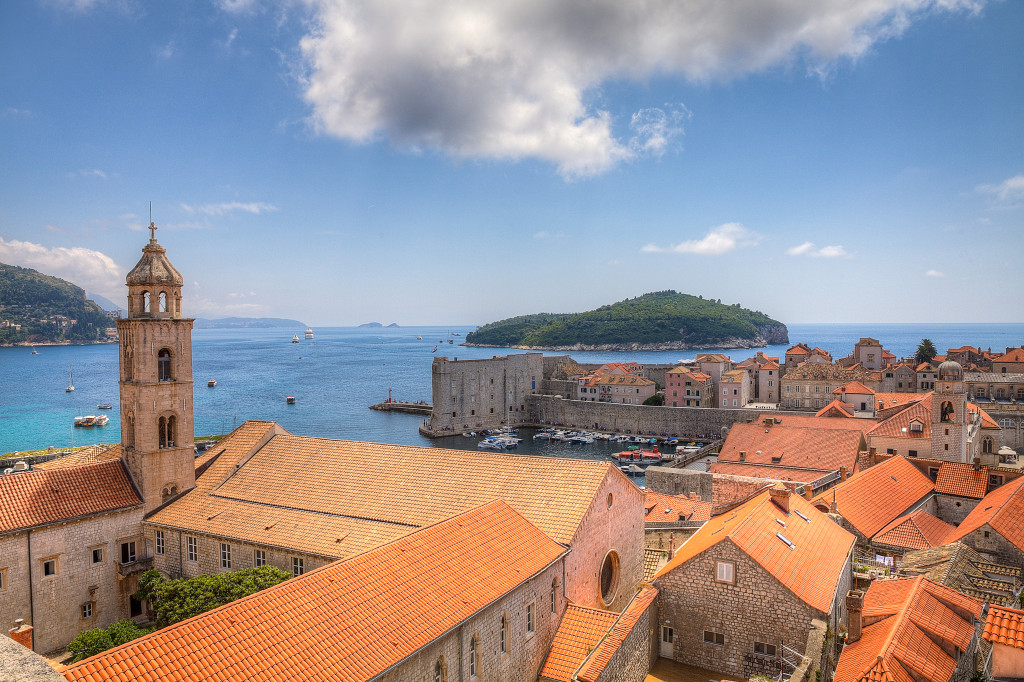 The best sight of Dubrovnik is taking a walk around the walls of the city. The view is simply amazing and you get incredible scenic view of both the city and the sea. Here’s a view of the Old city and Lokrum Island (in the background). Lokrum Island is also the filming location of Qarth, an ancient port city featured in the second season of Game of Thrones. 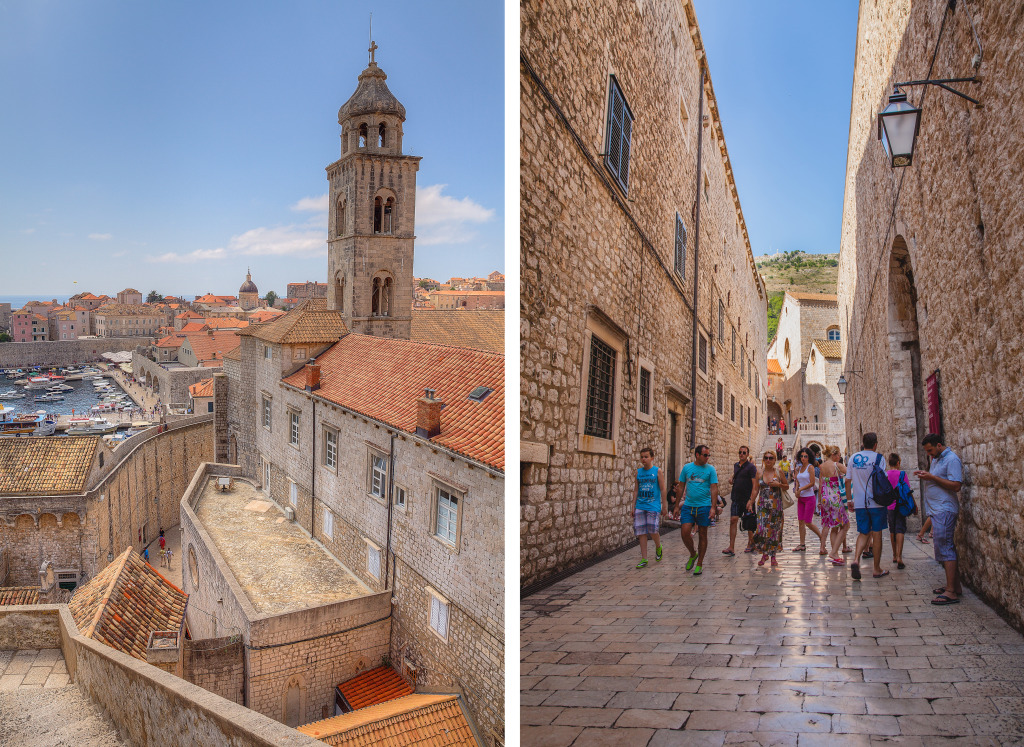 A Unesco World Heritage listed site, it is made up of cobblestone streets, forts and museums. Walking within the ancient city walls is like traveling back in time and stumbling into a large medieval town. 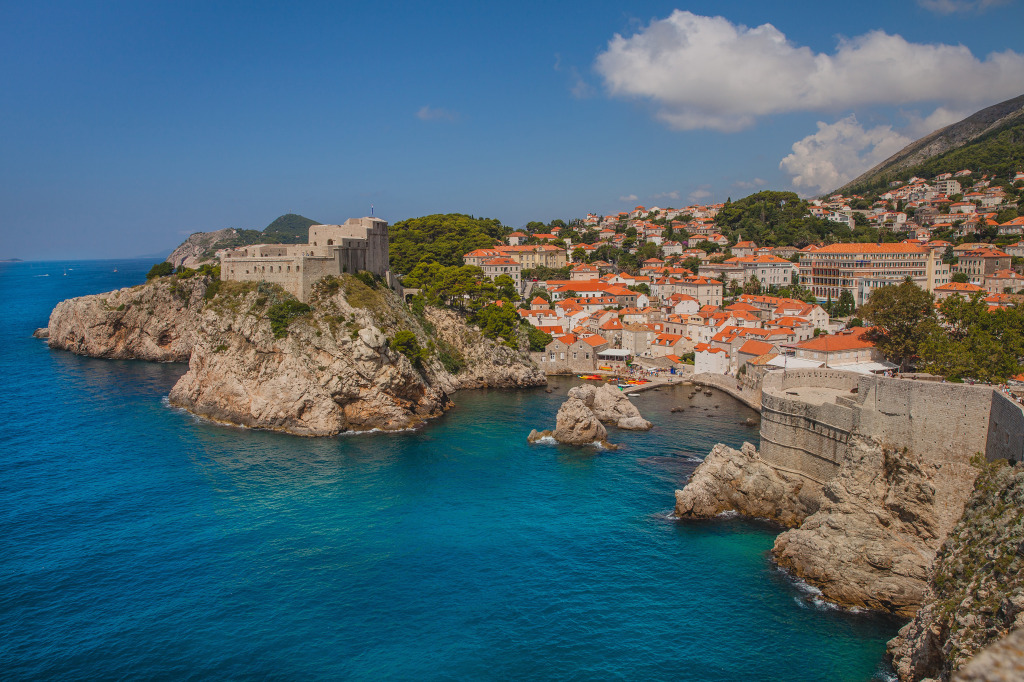 Medieval fortresses, Lovrijenac & Bokar. Fort Lovrijenac (also known as St. Lawrence Fortress) is one of the most impressive locations in the city. This detached fortress was of prime importance for the defence of the western part of Dubrovnik, both against attack from land and sea. 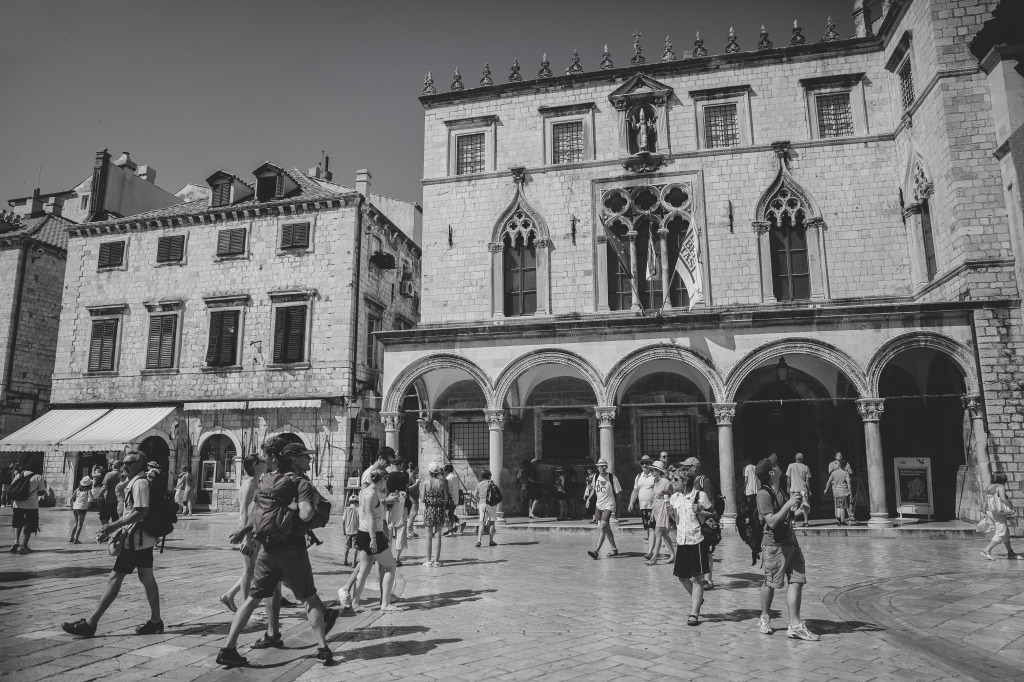 Full of strong forts, bastions, magnificent churches and monasteries – Dubrovnik today represents a spirit of the long forgotten times on the Mediterranean. 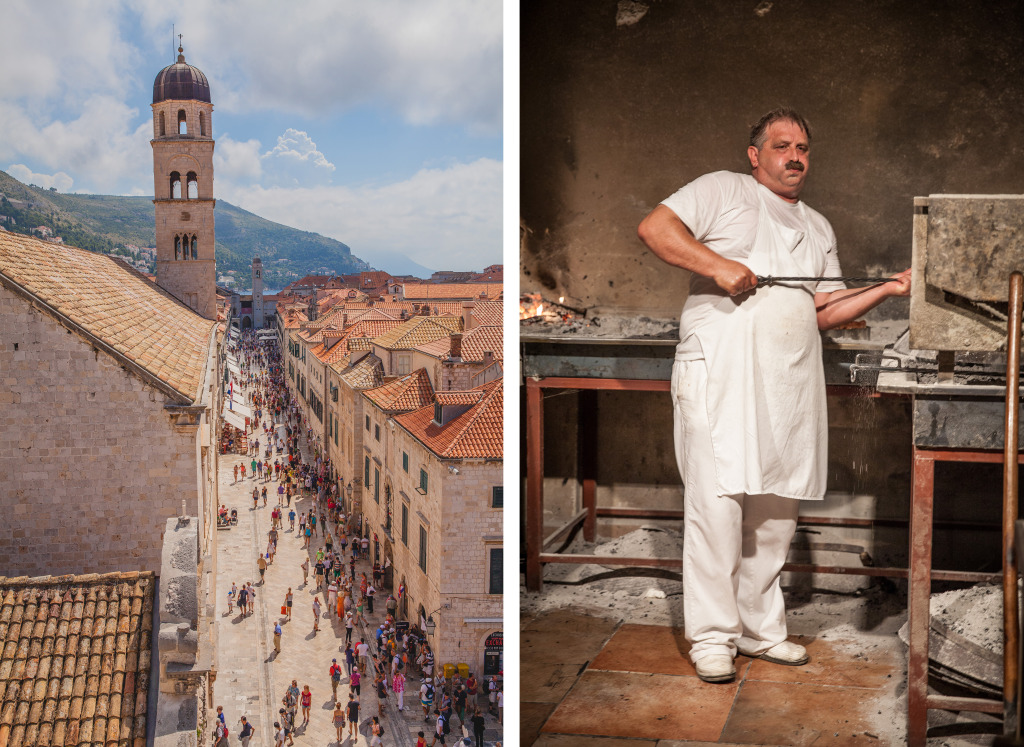 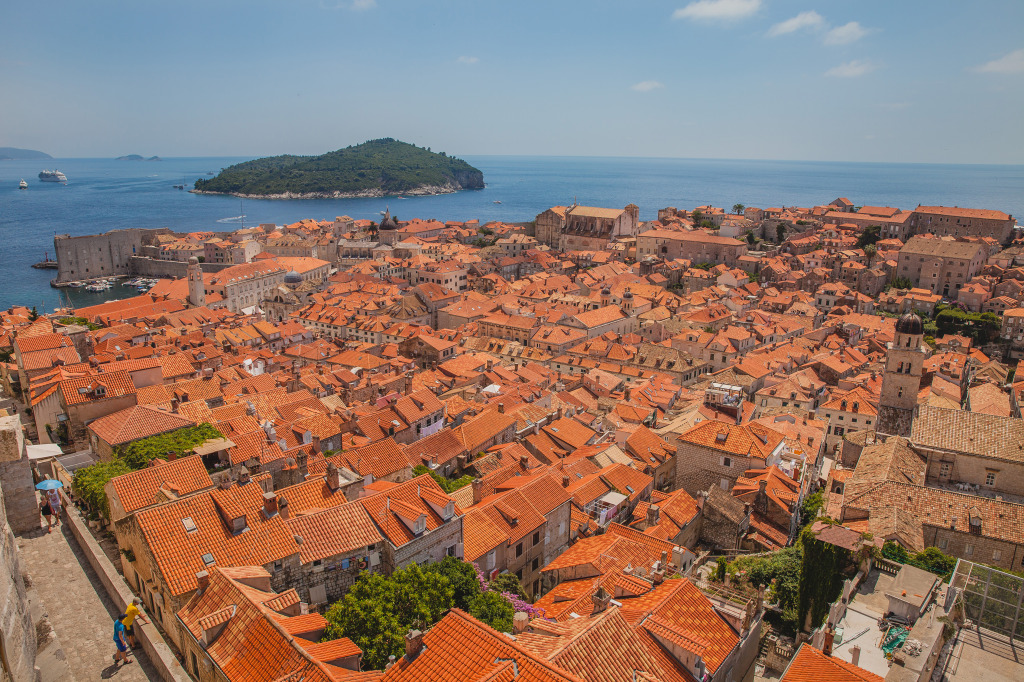 The brightly coloured rooftops also serves as a reminder of Croatia’s politically-fraught past. A number of houses were destroyed during bombings when Yugoslavia broke apart in 1991. Bold orange tiles cover those roofs that had to be replaced. Ironically, this disturbing reminder of Croatia’s troubled past has helped reconfigure Dubrovnik as Croatia’s crown jewel. 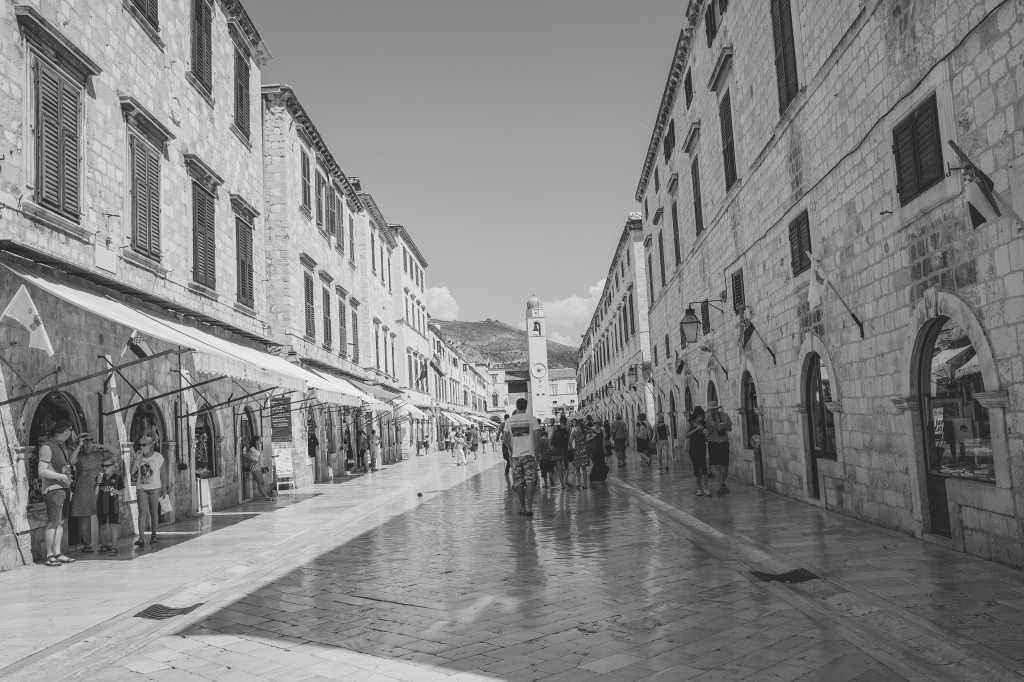 The city itself was established in the 7th century with its golden era in the time of Republic of Ragusa (or Republic of Dubrovnik) and now as a vivid place in modern age it’s a worth your admiration. Ragusa was well know as a maritime and mercantile center of the Adriatic together with Amalfi, Genoa, Venice and other Italian cities. 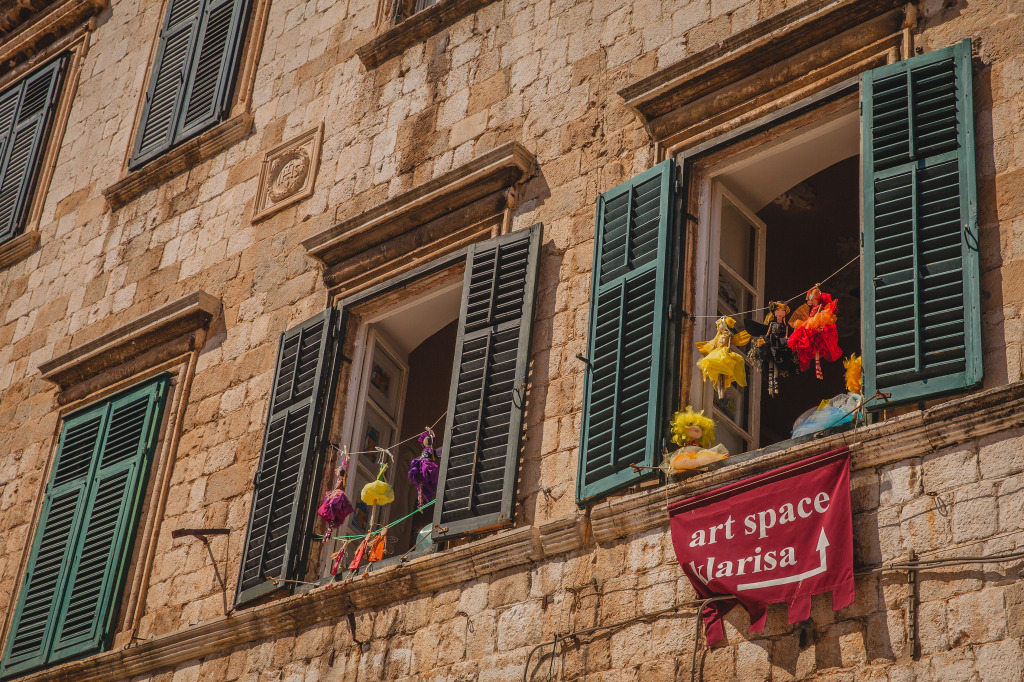 Well known aristocrat society of the Republic of Ragusa brought a great number of renowned citizens of Dubrovnik: from painters, poets to comedians along with the renaissance gardens, summer residences, monuments which even today remain available for everyone to enjoy in. 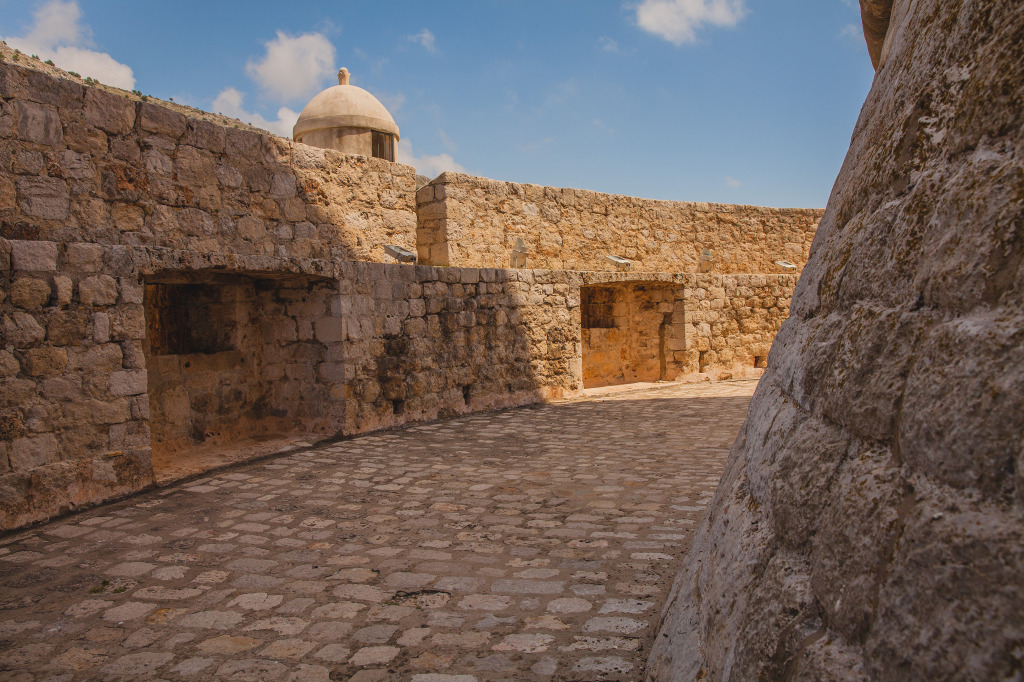 Minčeta Tower– Located at the highest point of the city walls (on the north side), fortress Minčeta protected the old city Dubrovnik from the northern and western enemy attacks. The fort provides a magnificent view of Dubrovnik and it is rightfully said that one has not been in Dubrovnik unless he/she witnessed the view from atop of Minčeta. 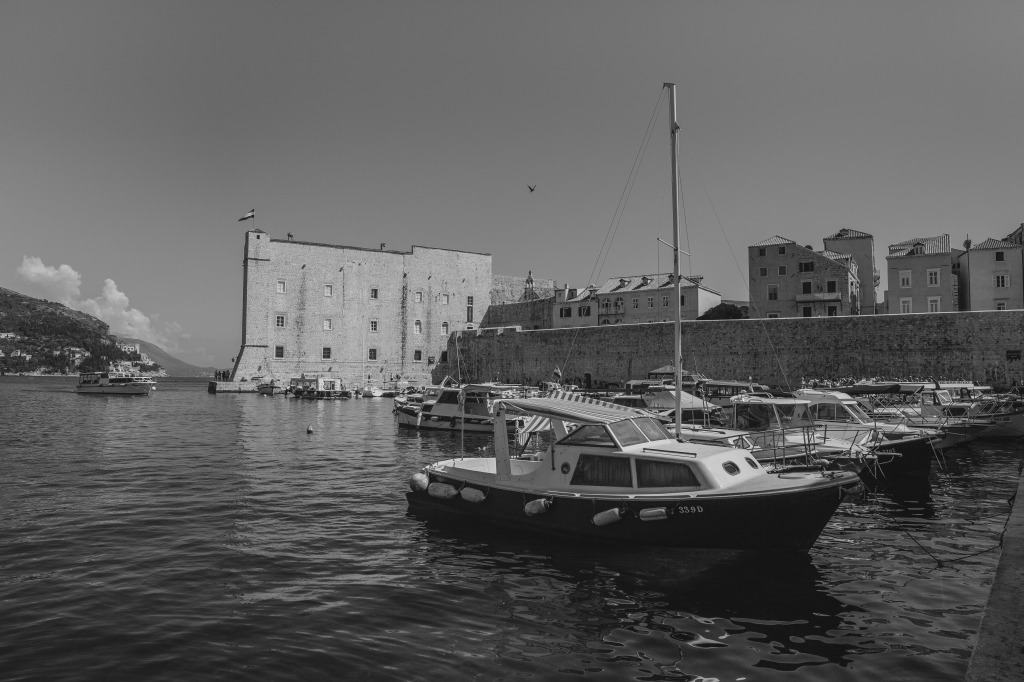 The most dominant  part of the Harbour is The Fort of St John which once served as a guardian against pirates and other enemy ships. The fort is now home to an impressive Maritime Museum, the city aquarium and an open air theater. 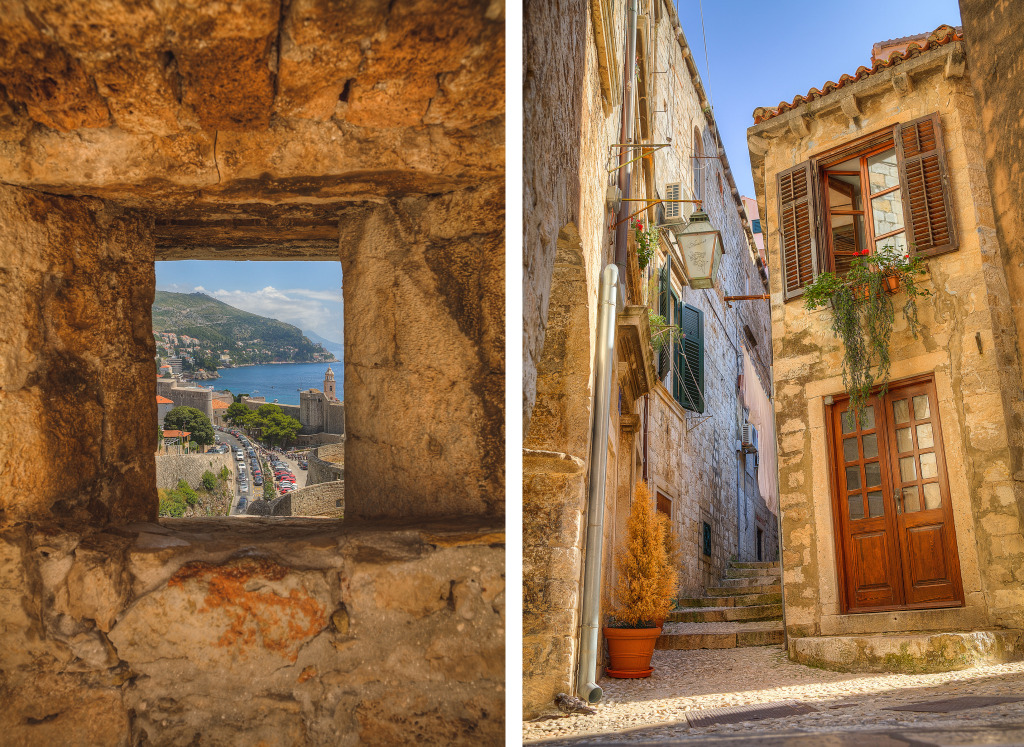 Without doubt, Dubrovnik is one of the most beautiful cities I have ever been. Around every corner, along every street, there is something delightful and remarkable to be discovered.

The second-largest city in Croatia, Split is a great place to see Dalmatian life as its really lived. The city itself is pretty small, focused on a very big Palace built for Diocletian in 305 AD, which unlike most other palaces, has continued to be used throughout the centuries. 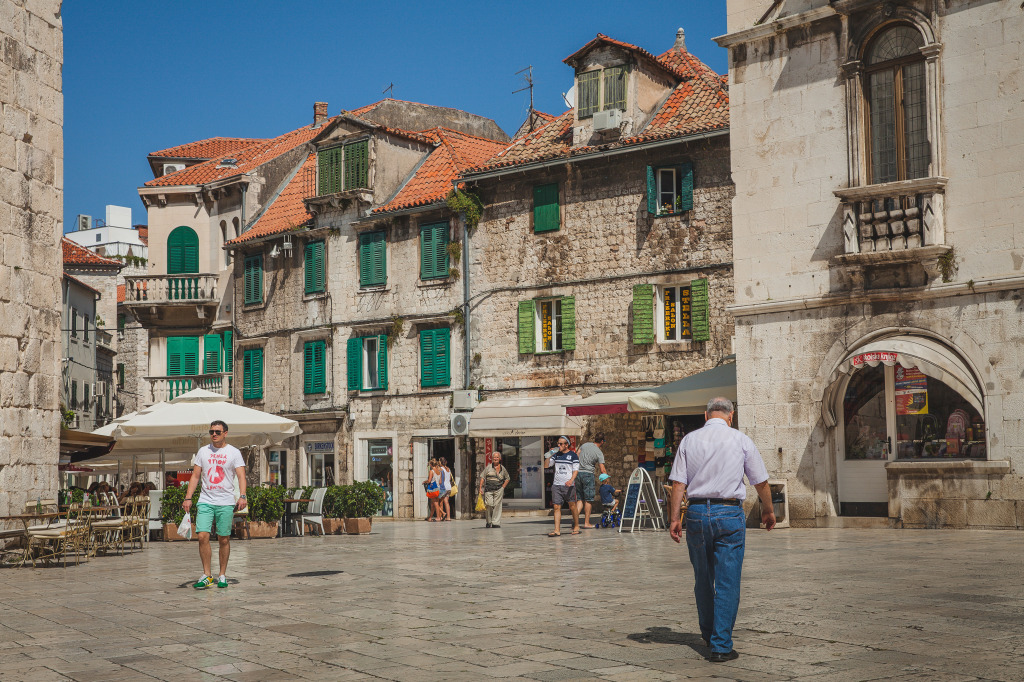 Diocletian’s Palace  (a UNESCO World Heritage Site) is one of the most imposing Roman ruins in existence but don’t expect a palace though, nor a museum. It takes up a good half of the old city, and its walls enclose a maze of small, narrow, marble lined streets that have been used for the last two millennia and continue to be used to this day, mainly by a variety of small shops, a few cafes and restaurants. 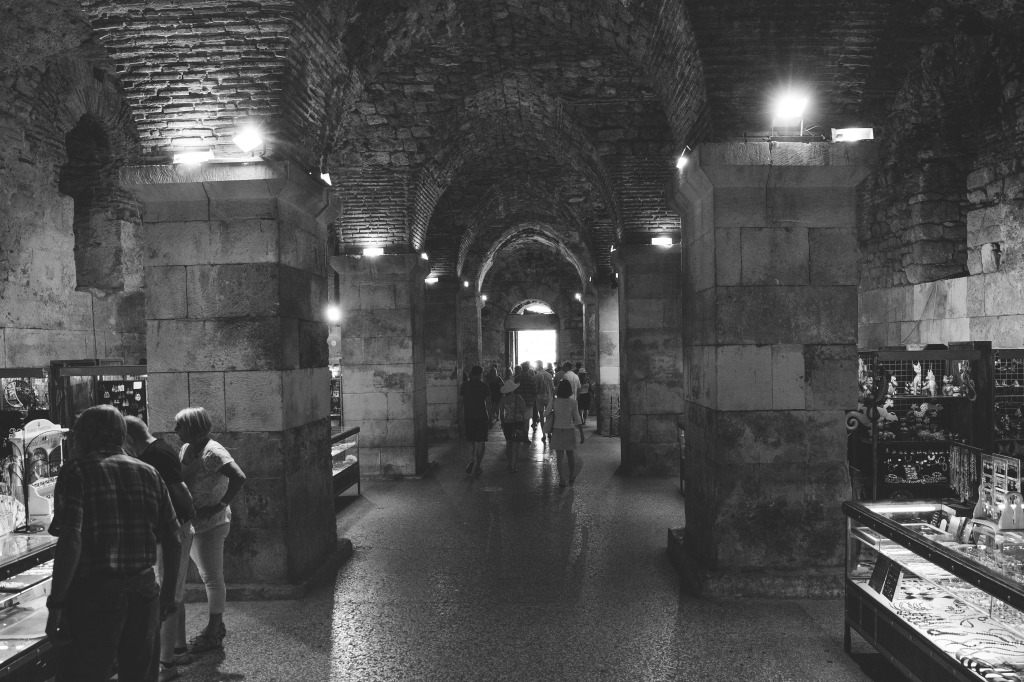 Diocletian’s Palace is more like a walled town and it has endured as the center of Split’s cultural and political life even as the Byzantines, Croatian kings, Venetians, Austrians and Italians planted their flag on the great city. 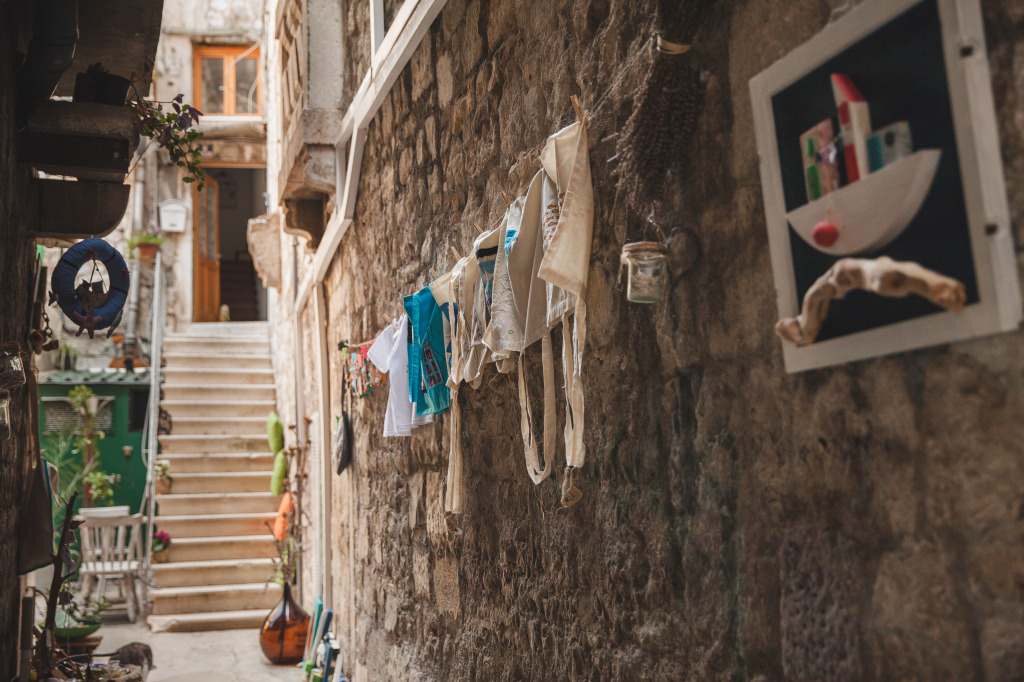 Relaxed and informal, Split’s narrow streets hide a multitude of treasures. Small boutiques, galleries, restaurants and cafes sometimes literally built into those ancient walls provide an environment where the breath of history mingles with contemporary design and the attractive Dalmatian lifestyle. 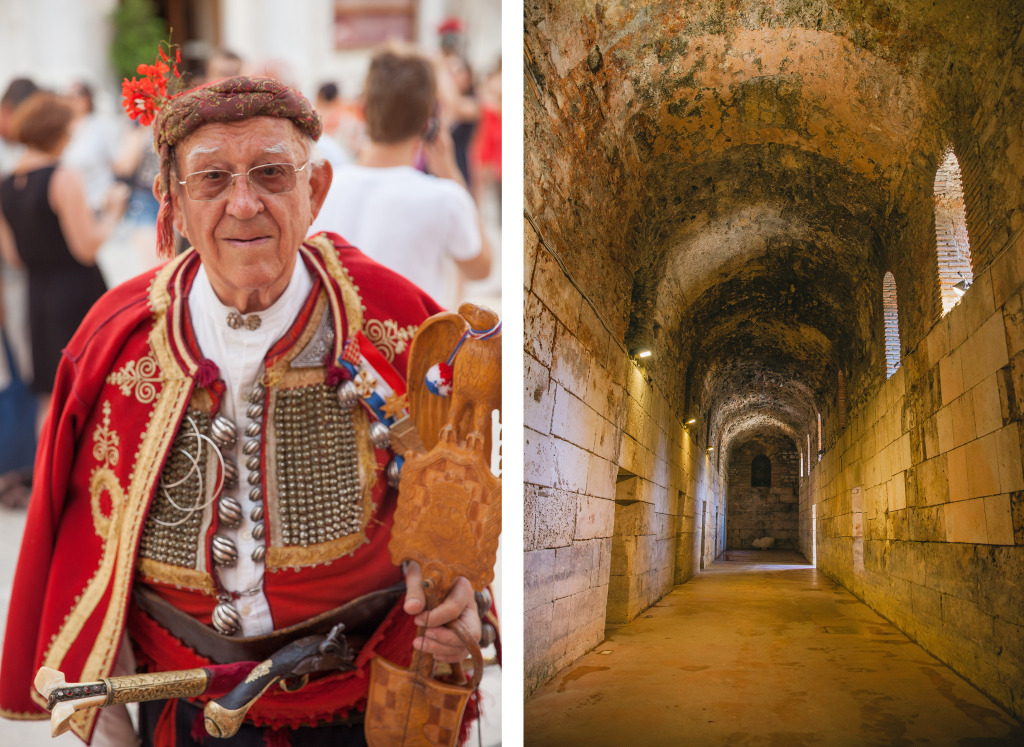 Staying in Split is not just about historical monuments, beaches, night life and festivals – it is also about meeting citizens of Split and becoming part of unique way of living in this town. 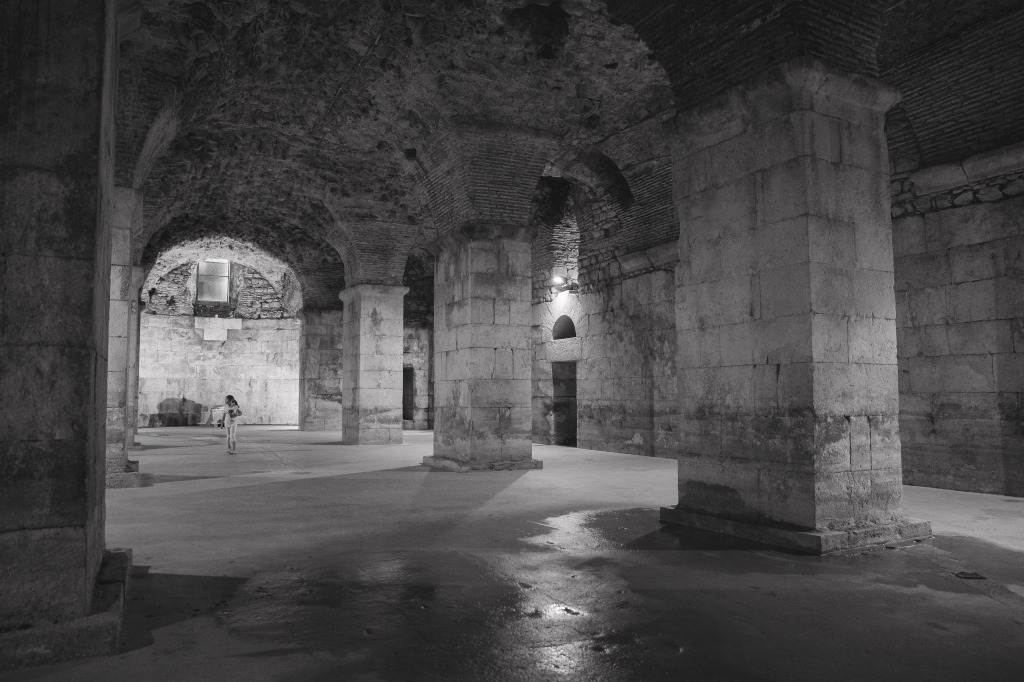 The importance of Diocletian’s Palace far transcends local significance because of its level of preservation and the buildings of succeeding historical periods built within its walls, which today form the very heart of old Split.

Split’s growth became particularly rapid in the 7th century, when the inhabitants of the destroyed Greek and Roman metropolis Salonae (present-day Solin) took refuge within its walls. The lovely ruins of Solin outside the city can still be explored today. In the Middle Ages, Split was an autonomous commune. 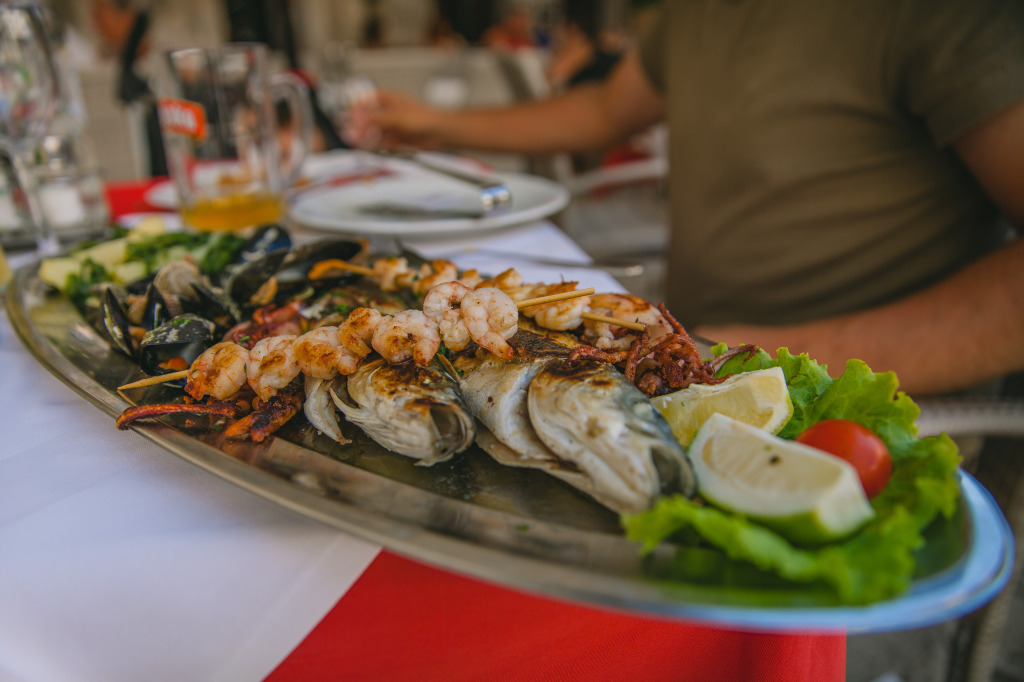 Split’s location on the Dalmatian Coast makes it a great seafood destination. Croatian specialties include grilled fish, black (squid ink) risotto, octopus salad, fish stew, grilled lobster, etc. Mediterranean dishes, with a focus on fresh, seasonal, local ingredients is what you can expect when you visit this city. 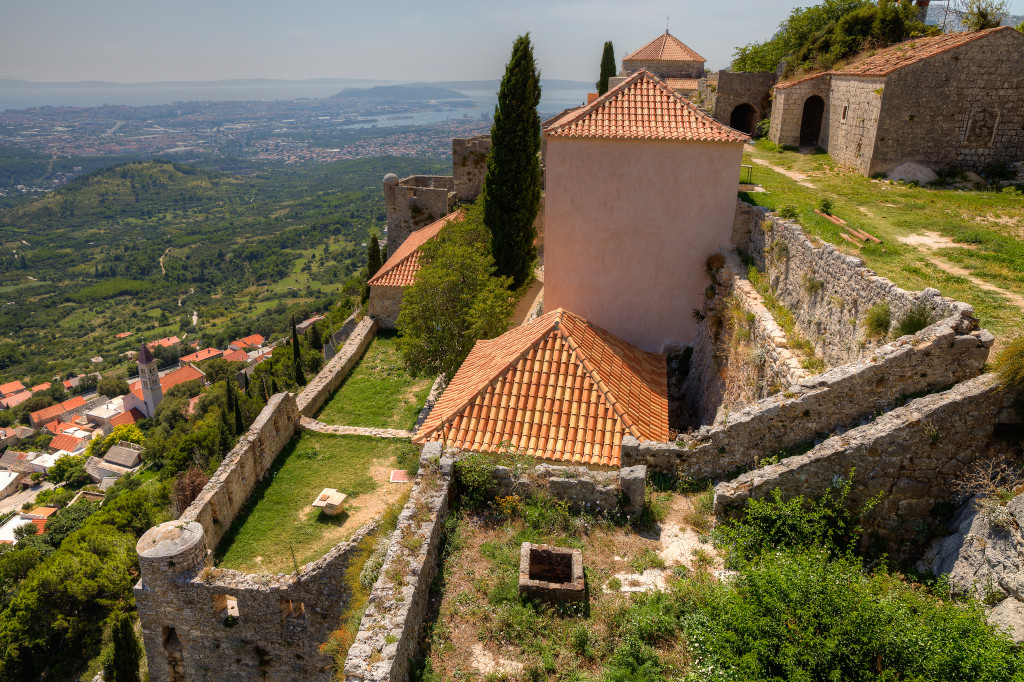 Overlooking the city of Split, in the mountain pass between Mosor and Kozjak, lies the small village of Klis speckled with vineyards and olive groves. At the center of this hillside village is a medieval fortress built into a rocky ridge giving visitors an incredible view of Split, the Adriatic Sea and surrounding islands.  Klis Fortress dates back to the 7th century and it was a very important defense point in the history of Croatia. It developed from a small stronghold to a royal castle and finally to a large fortress during the Ottoman wars. 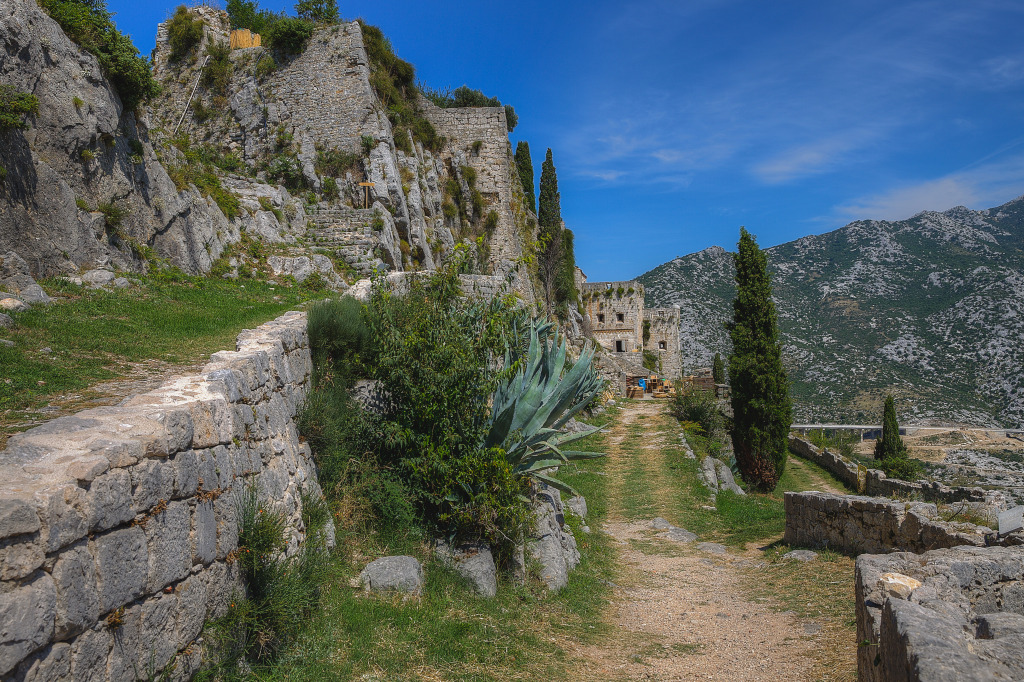 Klis Fortress is also best known in recent times as a Game of Thrones filming location. In the third episode of Season 4, Daenarys Targaryen launches an attack on the mountain top city of Meereen. In this episode, the slaves line the city walls as they watch the battle between the champion of Meereen and Daenarys’ chosen champion, Daario Naharis. For the outdoor shots of the city walls of Meereen, the series filmed at the 2,000-year-old Klis Fortress.

Trogir is a well know tourist place situated 27 km north of Split. The historic town center is a World Heritage Site. This beautiful medieval town is located on the islet between the mainland and Ciovo island. 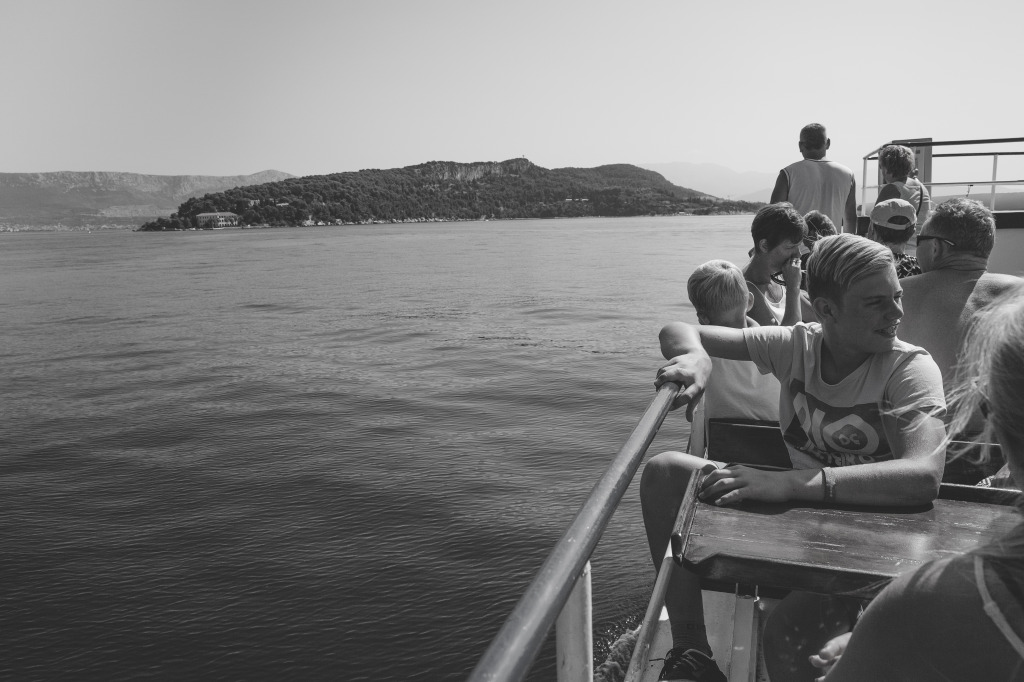 Trogir is an excellent destination for a day trip from Split.  The 1 hour boat trip offers beautiful view and a nice sea breeze, which is perfect on warm summer days.

As it’s pedestrian only, the central Trogir is calm and relaxing. The Greek, the Romans and the Venetians all contributed to make this town the wonderful medieval place that it is. 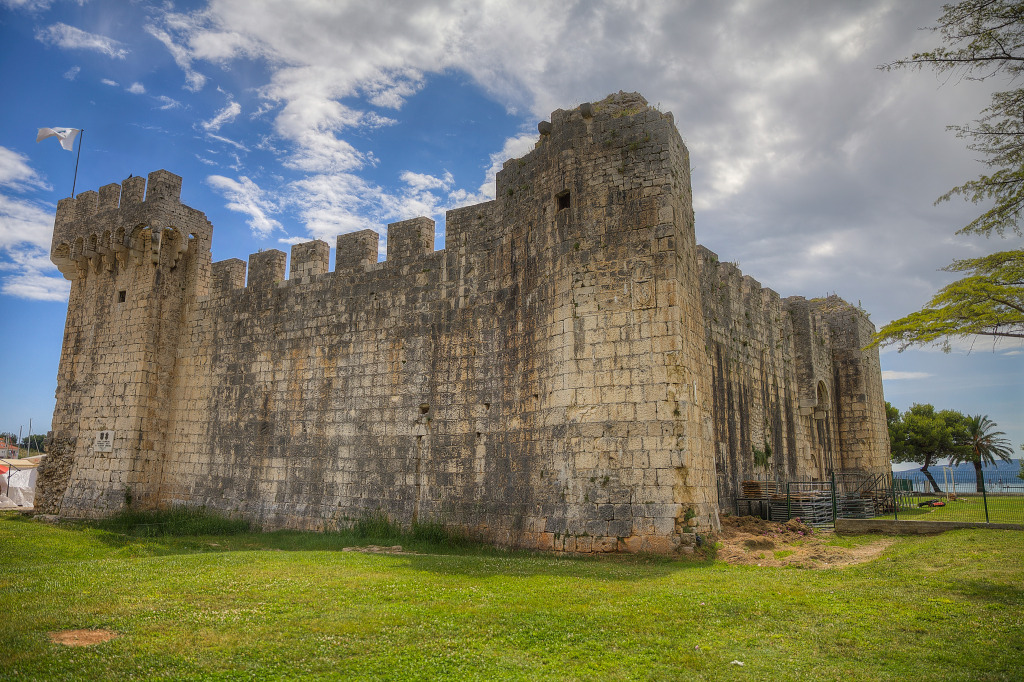 Trogir is the best-preserved Romanesque-Gothic complex not only in the Adriatic, but in all of Central Europe. Trogir’s medieval core, surrounded by walls, comprises a preserved castle and tower and a series of dwellings and palaces from the Romanesque, Gothic, Renaissance and Baroque periods. 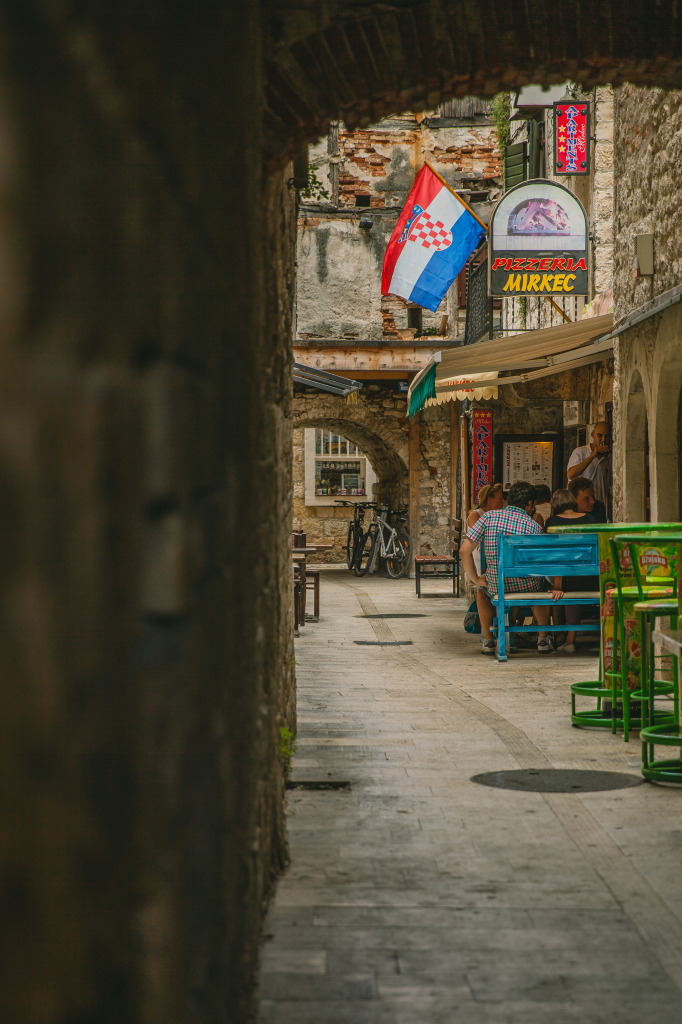 The entire town can be explored in just a few hours, but spending some time getting lost and finding hidden treasures in the winding back streets makes it a more rewarding experience. I thoroughly enjoyed my trip to this beautiful place and would recommend it to anyone visiting Split.

« Colours of Venice
Iceland: Land of Fire and Ice »